And each person had to take part in the execution, very traumatic experience imo. Yeah, fashion mandates in when was an execution. Been there, done that. Yes, this is where Paul took Christianity out of Judaism. These both were cast alive into a lake of fire burning with brimstone. If I remember correctly, Revelation was one of Hunter S. If he found himself in a hotel without anything interesting to read, he would always reach for the Gideon.

You found one of my favorites… God hardening Pharoahs heart. Another is Solomon turning away from God before his death. I also liked the guy who slayed a 10, man army in a single day. What a workout that must have been. A lot more credible than Samson killing a million Shittites with the arsebone of a giraffe. Slightly better in some areas. I was in church one day about 7 or 8 and bored. I read a few pages of Revelation and decided it was gibberish.

So much for the magic book. Revelation is about the future and none of what it predicted ever happened. The Bible as a whole lacks a coherent story arch or development. This book treats God as a character in a book and explores his development as a character. Such a treatment gives you some kind of story arc on which to hang all the rest of it. This is an interesting post. My brain knows better. 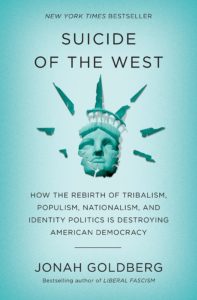 The chief purpose of editing is to correct what the spinal cord types. One of my hobbies is the use and misuse of language and its written analogues, and as I said, your comment included a first. If you interest is truly linguistics I sincerely apologize for my knee-jerk reaction. In this case, though, this is not a mistake of grammatical understanding but an odd kind of typo. There is no part of my conscious mind that thinks this is correct usage. I type very fast which must translate, at least in part, to offloading a lot of this processing to more automatic parts of the brain.

I was surprised to see it on the page.


The apostrophe error is similarly surprising to see. The more things competing to give the answer, the more likely that the wrong one will win out. I know that rule very well, as my own name ends in an s. Since they are usually pronounced the same, these letter combinations are competing for activation in the brain when translating the thought into spelling.

Dunno how anyone gets to be an adult without noticing this, but most people are irritated when someone makes a big thing of correcting their grammar or spelling. Well, I hate to agree with Dan L, but it is flaming annoying being corrected over trivial irrelevancies. So it is a duty and a pleasure to return serve:. There is actually a lot of poetry in the OT, but some translations mask it.

Most of the prophetic books contain a lot of poetry. Also Psalms, Job and Lamentations are primarily poetry. Hebrew poetry is often built on parallelism: repetition of thought in two or three lines with different words. There are also a puns and double entendres, some of which are really quite clever.


These devices are well attested in other ancient Near Eastern literature, too. Some of the metaphorical constructs in books like Isaiah and Hosea are really complex and despite the horrific violence they convey, have a kind of aesthetic appeal, like a good horror movie. Please please treat him nicely.

Yours, Paul. Remember kiddies, always convert the slave before you send him back to his master. I had to force myself to continue several times. This is why most people just dip in and out, picking out the bits they like and ignoring the rest. You think the bible is bad enough I read the book of moron I mean Mormon along with the bible and my head almost exploded.

I brought away a copy from Salt Lake.

It is chloroform in print. If Joseph Smith composed this book, the act was a miracle — keeping awake while he did it was, at any rate. If he, according to tradition, merely translated it from certain ancient and mysteriously-engraved plates of copper, which he declares he found under a stone in an out-of-the-way locality, the work of translating was equally a miracle, for the same reason.

Most of it is incredibly tedious and empty of any valuable lessons. The rest of it is edifying.

They are occasionally better than the official crap. The Dead Sea Scrolls are decent as a post-companion, but are basically just as boring and tedious. For anyone reading… I wonder… if you were to try and put the rejected gospels back in to the canon, what order would you put them in? I think these characteristics of God were not there from the start.

As Borges said in From Someone to No one:. In the creation story, it is obvious that God is not alone in creating the world. Ergo, no monotheism. Early on, for that matter, the Bible talks like rival gods are real, and only later like they are imaginary. Not omnipotent. It is illuminating to read the Bible from the perspective of an evolving picture of who or what the God character is.

The first time I was shocked at this god fellow and thought there was no way this was the god of jebus but sure enough I convinced myself it was. The next two times I was oblivious to it looking for insights. From being an atheist from the start this time, it a whole different game, I fail to see how I got any inspiration from this pile of boring antiquated rubble. Although it does get a little better once you get out of the torah…. Recently read the thing for first time. Song of Solomon and Ecclesiastes are the highlights.

I found myself reading the OT as a long diaryof an abusive, controlling marriage between God and Israel. He claims her as his own, but the moment she steps even trivially out of line there is hell to pay, starting almost immediately with the whole apple thing in genesis; yet He has managed to convince her that she is worthless without Him and that he would show his love if she could only behave better.

Particularly in the middle and latter parts of the OT, the number of times that the Israelites are referred to collectivelly as a whore is pretty amazing. I would be interested in the processed underlying this step.

Does he achieve the hardening by thermal processes such as quenching, thereby also making the heart rather brittle? Or is this merely achieved by pouring in some Reinforced Concrete into said heart. I prefer the latter theory, as it would account for the progressive hardening as more concrete is poured in. God must have been a first rate heart surgeon to do this without killing the Pharaoh though.

They are as mind-numbing as the rest!

Skip right on ahead to Song of Songs! It has some lovely poetic elements to it and is…. Just another case where the Bible has been overtaken by technology….